What is LoRaWAN and How it Works?

LoRa technology utilizes many low-power wide area networks that are widely used in the utilization of IoT implementations. However, along with its use, it causes many problems such as high costs, less than optimal connectivity, to performance that requires evaluation. For this reason, LoRaWAN is here to answer these problems. 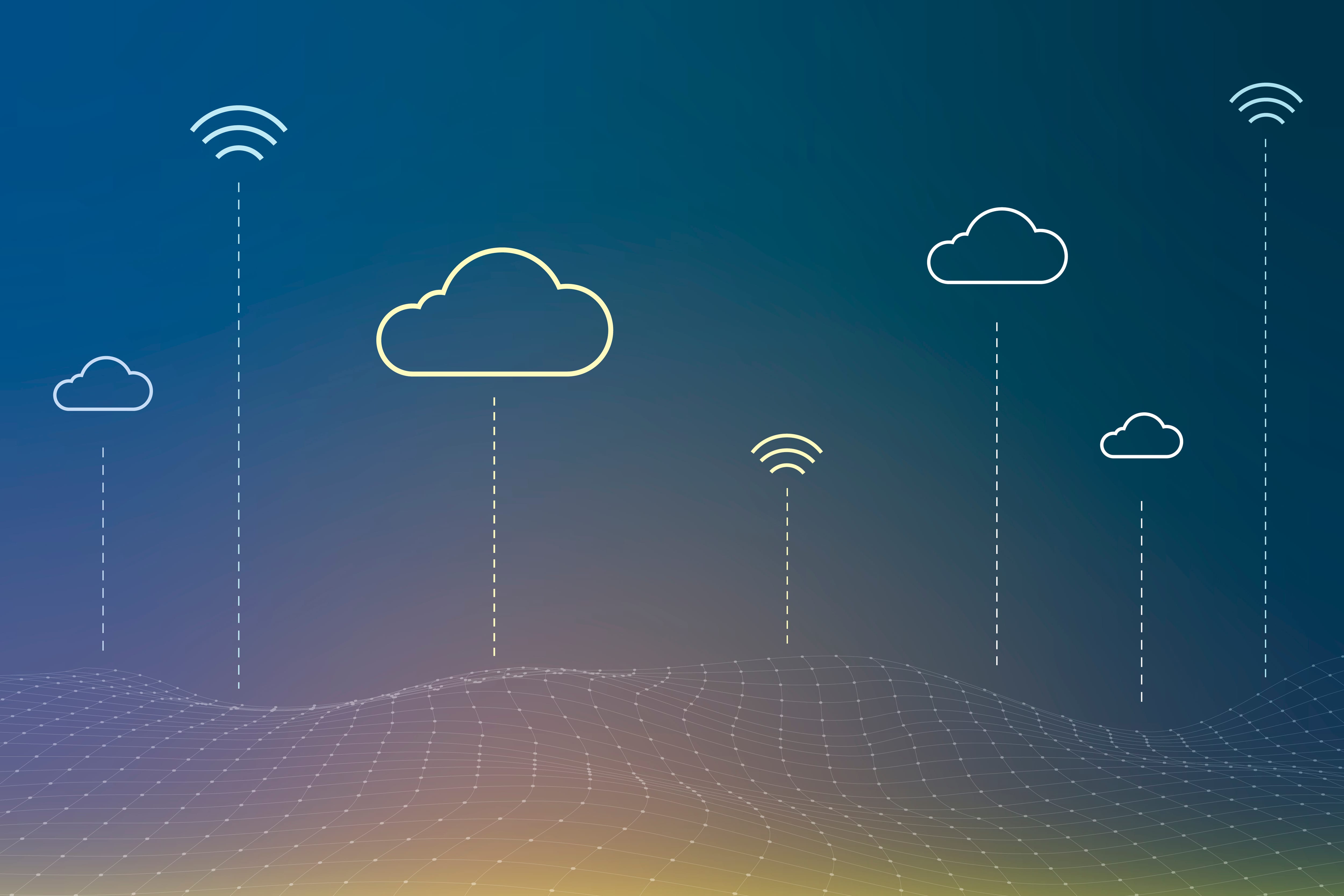 Semtech created LoRaWAN, a proprietary LPWAN communication protocol. It's known for its low power consumption and long transmission range (even when compared to other LPWANs). It also has a high level of interference resistance because its wireless modulation is based on military and space sector technologies. A LoRaWAN packet was sent over a distance of 702 kilometers in 2017, shattering previous records. Because of these distinguishing properties, it is the ideal communication protocol for a wide range of IoT applications. The LoRa alliance, an open, non-profit organization, maintains LoRaWAN. Certified device makers, service providers, and public institutions are among its members.

How does LoRaWAN Work?

Radio systems like LoRaWAN are straightforward at their most basic level. The way star networks communicate is analogous to a lecture between a professor and pupils. The professor (the gateway) communicates with the end nodes (the class), and vice versa. In terms of communication, this is an asymmetric connection. Everyone in the class may be trying to speak with the professor at the same time, but the professor will not be able to hear or comprehend everyone at the same time. Many aspects of star topologies can be traced back to this analogy, albeit oversimplified.

A mesh network architecture is commonly used to deploy networks. The Zigbee communication protocol, for example, is used by the Philips Hue lighting solution. End-nodes (in IoT: sensors, actors, etc.) relay information to other nodes (gateways) in this architecture type, extending the communication range. This architecture, however, has a number of drawbacks, including lower capacity, shorter battery life (since nodes must send and receive data), and a more complex network map (which can lead to maintenance and troubleshooting being labor-intensive).

Because LoRaWAN is designed in a "star" shape, gateways are not necessarily assigned to individual nodes. Instead, many gateways receive data broadcast by a node. Without preprocessing the data packet, each of these gateways will send it to the network server. In other words, the network server is responsible for deleting duplicate data packets, confirming data integrity, and executing security checks. Furthermore, nodes in the star-architecture do not need to listen for messages from other nodes all of the time, therefore they can sleep for the majority of the time, lowering their energy consumption.

Public LoRaWAN is typically deployed by phone operators/communication providers.These companies will use their current infrastructure and customer base to launch their own LoRaWAN network and sell network access on a subscription basis, similar to how other communication protocols are sold. Users can access the network on a nationwide basis, and IoT enterprises may choose to subscribe to the service if it is judged viable. The Swiss telecom operator Swisscom, for example, has developed a nationwide LoRaWAN network to facilitate the development of low-power smart solutions.

Private networks are designed to serve a single entity instead of servicing several users.  The network can be customized to meet the needs of the user's own fleet of IoT-end devices. Companies can use the private LoRaWAN network to connect their internal network to the IoT ecosystem without relying on the internet. Loriot is an example of a private LoRaWAN server network that is being utilized by an increasing number of businesses across the world to set up their own enterprise-grade LoRaWAN installations.

Individuals, such as hobbyists, non-profit groups, and small enterprises, typically support community networks. The Things Network, for example, provides a LoRaWAN network server architecture for a global community of users. The entire gateway infrastructure is then organically supported by the network's users, who add individual gateways when a specific area requires more coverage.

LoRaWAN Class of A,B, and C

Three classes of LoRaWAN are active at the same time. Class A is a genuine ALOHA system because it is completely asynchronous. This means that the end nodes don't have to wait for a specific time to communicate with the gateway; instead, they transmit whenever they need to and then go dormant until then. You could fill every time slot with a message if you had an eight-channel system that was flawlessly synchronized. As soon as one node finishes transmitting, another begins transmitting. A pure aloha network's theoretical maximum capacity is around 18.4 percent of its maximum without any communication interruptions. This is mostly due to collisions, as when one node is sending and another awakens and decides to transmit in the same frequency channel as the first, the result is a collision.

Class B can transmit messages down to battery-powered nodes. The gateway sends out a beacon every 128 seconds. (Note the time slots across the diagram's top.) Because all LoRaWAN base stations are slaves to a single pulse-per-second clock, they all emit beacon messages at the same time (1PPS). This implies that at the start of every second, every GPS satellite in orbit delivers a message, allowing time to be synced around the world. Within the 128-second cycle, all Class B nodes are given a time slot and notified when to listen. You can, for example, tell a node to listen every tenth time slot, and when that time slot becomes available, a downlink message can be sent (see above diagram).

Class C permits nodes to continuously listen and send downlink messages at any time. Because it takes a lot of energy to maintain a node actively awake and running the receiver at all times, this is typically employed for AC-powered applications.

The Difference Between LoRa and LoRaWAN

People often confuse the terms LoRa and LoRaWAN, however they are not interchangeable.

LoRa is a radio signal transmission protocol that uses a chirped, multi-symbol format to encode data. It's a proprietary system developed by chipmaker Semtech, which also licenses its LoRa IP to other chipmakers. In essence, these chips are conventional ISM band radio chips that can convert radio frequency to bits using LoRa (or other modulation types such as FSK) without the need to write code. Outside of wide area communications, LoRa is a lower-level physical layer technology that can be used in a variety of applications.

LoRaWAN is a point-to-multipoint networking protocol based on the LoRa modulation method developed by Semtech. It's not just about the radio waves; it's about how they interact with LoRaWAN gateways to provide functions like encryption and identification. There's also a cloud component to which many gateways can join. Due to its restrictions, LoRaWAN is rarely employed for industrial (private network) applications.

The Security of LoRaWAN and Use Cases

LoRaWAN is designed to be extremely secure. The use of authentication and encryption is required. However, if security keys are not randomized among devices, are handled carelessly, or cryptographic numbers are reused, the security of networks and devices is undermined. As a result, it's vital to hunt for LoRaWAN certified devices to verify that they perform properly.

The LoRaWAN specification was created with security in mind from the beginning. It has cutting-edge security features that fulfill the needs of highly scalable, low-power IoT networks. Unlike other IoT technologies, the LoRaWAN protocol provides its providers with dedicated end-to-end encryption.

Several LoRa alliance members have already invested in a variety of businesses that stand to gain greatly from a LoRa-powered IoT network, including:

LoRa alliance members are constantly developing to further disclose the actual application of LoRaWAN in a number of industries, despite the fact that it is proprietary and hence less transparent than certain other LPWANs. Despite the fact that LoRaWAN has limits in terms of downlink transmission, transmission intervals, latency, and bandwidth, these were required trade-offs in order to achieve long-range and low-power.