Proof of Work VS Proof of Stake in Blockchain

“Proof of work” and “proof of stake” are the two major consensus mechanisms cryptocurrencies use to verify new transactions, add them to the blockchain, and create new tokens. There are still many people who do not realize the difference in functionality and benefits of the two. What's the difference between the two? and how to choose its usability according to our needs? 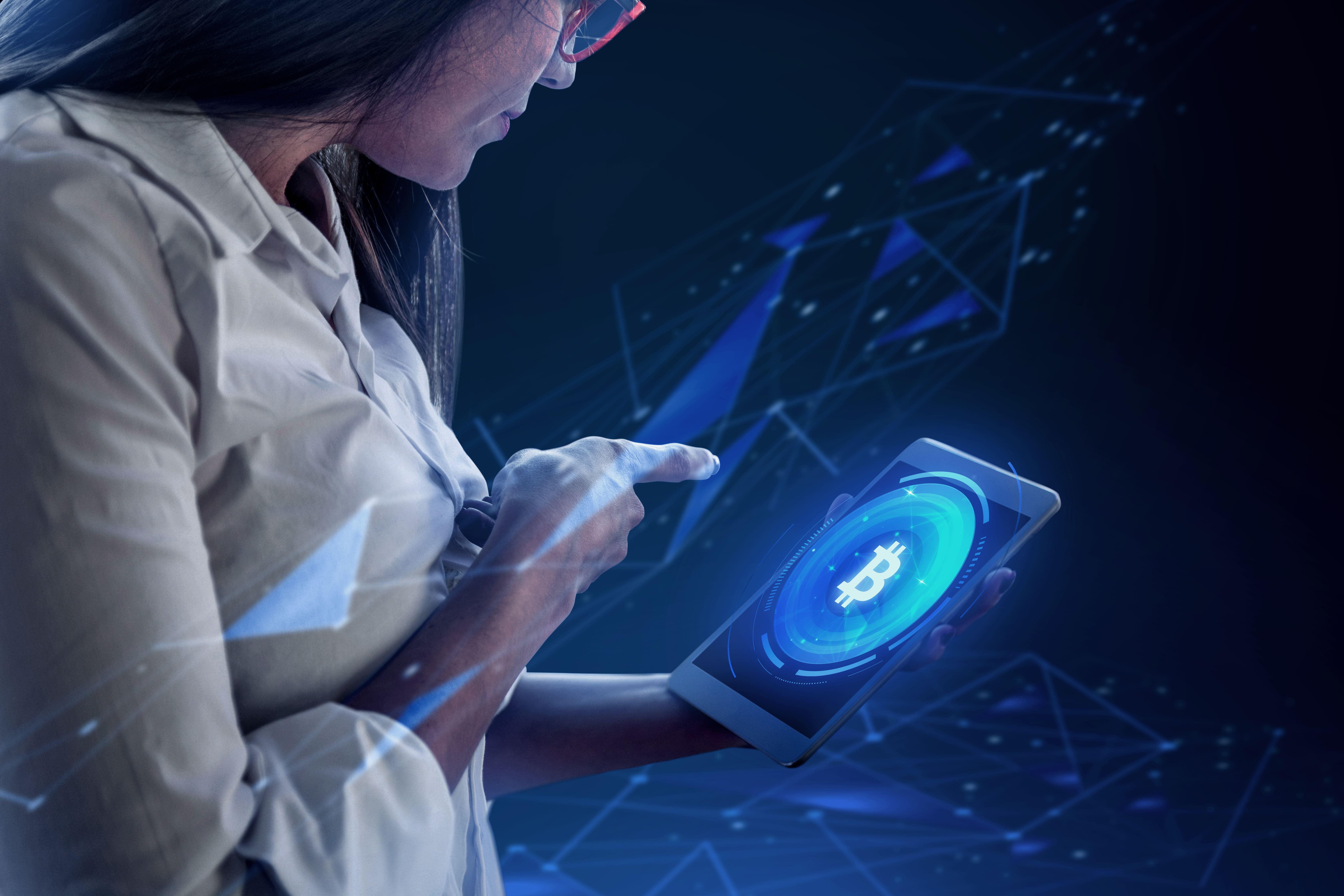 In blockchain technology, the proof of work (POW) consensus algorithm is the most widely employed. It is used by both Bitcoin and Ether, the two most well-known cryptocurrencies. However, as part of its development strategy, Ethereum, Ether's underlying protocol, aims to switch to the proof of stake (PoS) algorithm. This will be a significant endeavor, and crypto fans are anxiously debating the POW vs. PoS debate.

Without a central authority like Visa or PayPal in the middle, decentralized cryptocurrency networks must ensure that no one spends the same money again.

What is Proof of Work?

Proof of work is the original crypto consensus mechanism, first used by Bitcoin. Proof of work and mining are closely related ideas. The network demands a large amount of computing power, which is why it's dubbed "proof of work." Virtual miners from all over the world compete to be the first to solve a math challenge to protect and verify proof-of-work blockchains. The winner gets to update the blockchain with the most recent verified transactions and is paid with a set amount of cryptocurrency by the network.

On the other hand, it's a time-consuming procedure that may struggle to scale to handle the large number of transactions that smart-contract compatible blockchains like Ethereum can generate. As a result, new options have emerged, the most common of which is known as proof of stake.

What is Proof of Stake?

The Ethereum developers knew from the start that proof of work would have scalability issues that would need to be addressed and, indeed, as Ethereum-powered decentralized finance (or DeFi) protocols have grown in popularity, the blockchain has struggled to keep up, causing fees to skyrocket.

While the Bitcoin blockchain is primarily responsible for processing incoming and outgoing bitcoin transactions, Ethereum's blockchain is also responsible for a wide range of DeFi transactions, stablecoin smart contracts, NFT minting and sales, and whatever future innovations developers come up with. Their solution was to create a totally new ETH2 blockchain, which went live in December 2020 and is expected to be completed in 2022. Proof of stake, a speedier and less resource-intensive consensus method, will be used in the updated version of Ethereum. Proof-of-stake consensus algorithms are used by cryptocurrencies such as Cardano, Tezos, and Atmos, with the purpose of increasing speed and efficiency while minimizing fees.

Bitcoin mining is a very competitive industry. Mining corporations are continually looking for the most cost-effective techniques to mine in order to reduce their costs. This process intrinsically encourages those who can find the lowest sources of energy and develop new technology to make mining chips that are faster and more efficient.

Crypto mining enables some communities to transform their trapped energy into a monetary value that may subsequently be transferred or used to fund other projects, resulting in economic activity in isolated locations.

The provinces of Sichuan and Yunnan in China are two real-life examples. These provinces have long rainy seasons that can generate massive amounts of renewable hydropower. Unfortunately, the provinces lack the infrastructure to transmit and sell this energy to other regions.

The provinces began mining bitcoin in order to capture excess energy and transform it into a tradable commodity. Because of these low-cost power sources, China was responsible for over 70% of Bitcoin's hashrate in September 2019. Later, as it worked to develop its own fiat digital currency, China outlawed crypto mining. The move prompted a large migration of miners to other parts of the country where power is less expensive. As a result, Kazakhstan, along with Iran and the United States, has become a mining hotspot.

Proof-of-work has shown to be the most reliable method of maintaining consensus and security in a distributed public network so far. This is because, unlike proof-of-stake, proof-of-work necessitates both an initial hardware investment and continuing resource expenditure.

Since its inception in 2009, Bitcoin has had an uptime of nearly 99.98 percent. There have only been two instances of downtime as of this writing: one in August 2010 and the other in March 2013. These two issues were resolved with opt-in software updates to nodes; owing to the consensus method, all network participants agreed that these changes were in the best interests of the whole network.

Bitcoin and other proof-of-work blockchains, such as Ethereum, consume a lot of energy to provide their networks with security. Bitcoin uses more energy than entire countries, such as Ukraine and Norway. The approach has been criticized by environmentalists as being wasteful.

The most valid criticism of the bitcoin network's resource use is electronic waste. Proof-of-work miners often run at full power 24 hours a day, seven days a week. Poor conditions, such as humidity, high temperatures, and insufficient ventilation, can have an influence on mining facilities and reduce equipment lifespan.

Other crypto mining problems include censorship and traceability, which have already occurred in places like China, where cryptocurrency mining has been banned. Electricity readings or even thermal cameras might be used to locate the massive power use. Anti-crypto regimes can use the ability to track where crypto mining takes place to crack down on the practice.

If a country restricts mining to individuals who have obtained a license, it may "jeopardize decentralization" by preventing the network from being fully open.

Instead of a competition among miners to solve a challenge, validators are picked to locate a block depending on how many tokens they own in proof-of-stake. The proof-of-stake algorithm chooses a validator in a fraction of the time it takes the proof-of-work approach, allowing for faster transaction rates.

While this is true, the process of nodes reaching agreement once a validator broadcasts the newly discovered block to them slows down all blockchains, whether they are proof-of-stake or not.

Proof-of-stake validators, unlike proof-of-work validators, which demand a lot of energy and a lot of physical presence, can run on small laptops. This means that instead of a warehouse filled with thousands of humming computers, a single validator controlling a third of a worldwide distributed monetary network may function in the corner of a coffee shop.

Validators who engage in the proof-of-stake model only have to spend money once to participate – they must purchase tokens to win blocks in the proof-of-stake model. A miner in a proof-of-work system, on the other hand, must buy mining equipment and keep it operating indefinitely, incurring variable energy expenses. This permits more people to participate who might otherwise be unable to.

Proof-of-stake has yet to reach the magnitude of Bitcoin or Ethereum. As a result, proof-of-stake systems lack the decentralization and security of leading proof-of-work systems.

The most popular argument against proof-of-stake systems is that coins are concentrated among only a few validators. Proof-of-stake encourages users to accumulate bitcoin in order to maximize their chances of winning a block and obtaining a reward.

As previously stated, lowering the barrier to entry for network users can assist increase the number of validators and, as a result, decentralization, but making it simpler to join the network can also reduce its security.

If a bad actor wanted to attack a proof-of-work network, they'd have to first buy enough gear to represent the majority of the network, then pay to run it all. Attacking the network is less viable due to the two-fold security mechanism of initial equipment expenses and continuous energy costs. Proof-of-stake systems require only a small initial investment to participate, making them more vulnerable to attack.

POW vs. PoS: Which is better?

POW has been thoroughly tested and is utilized in a variety of cryptocurrency applications. With today's processing capability, DDoS assaults on a blockchain using this technique are impossible. However, the high energy costs, increased environmental stress, negative media attention, rising centralization of mining operations, and limited transaction throughput will almost certainly render it unviable in the long term. The hefty energy costs of Bitcoin mining are causing rising worry among communities, and China has formally banned all such activities.

The PoS algorithm allows for a more scalable blockchain with increased transaction throughput, and it has already been used by a few projects, such as the DASH cryptocurrency. It is, however, less secure than the POW algorithm, which is entirely decentralized.

As part of an assault, it is feasible to buy a majority of the coins in the network, become the staker of choice, and approve incorrect transactions. However, the market economy has a built-in safety valve for this, because when someone tries to buy a large number of coins, the price of the coin will skyrocket, making the attackers' work much more difficult.

It's also feasible for a staker to go rogue and approve incorrect transactions. As part of their planned transition to PoS, the Ethereum team has created the 'Casper' protocol, which will punish such rogue stakers by collecting their staked cryptocurrency and prohibiting them from ever staking again.

If the planned implementation of PoS in a well-known protocol like Ethereum goes well, the crypto community will be reasonably confident in the PoS algorithm's ability to keep the network safe. That could tip the scales in favor of PoS, and only time will tell which one will emerge as the future blockchain consensus method.

The Proof-of-Work paradigm has devolved into an unjust system in which ordinary people have no chance of receiving mining rewards. However, this is not the case with proof-of-stake, where everyone has an equal chance of becoming a forger and earning rewards.

Ethereum is preparing to migrate to PoS in its 2.0 edition due to the benefits. This one inline with ETH 2.0 that will be released. The Ethereum community and developers have always advocated for a decentralized and transparent ecosystem. Given how hackers might exploit the proof-of-work paradigm, it's easy to see why Ethereum and other crypto projects prefer the proof-of-stake process.