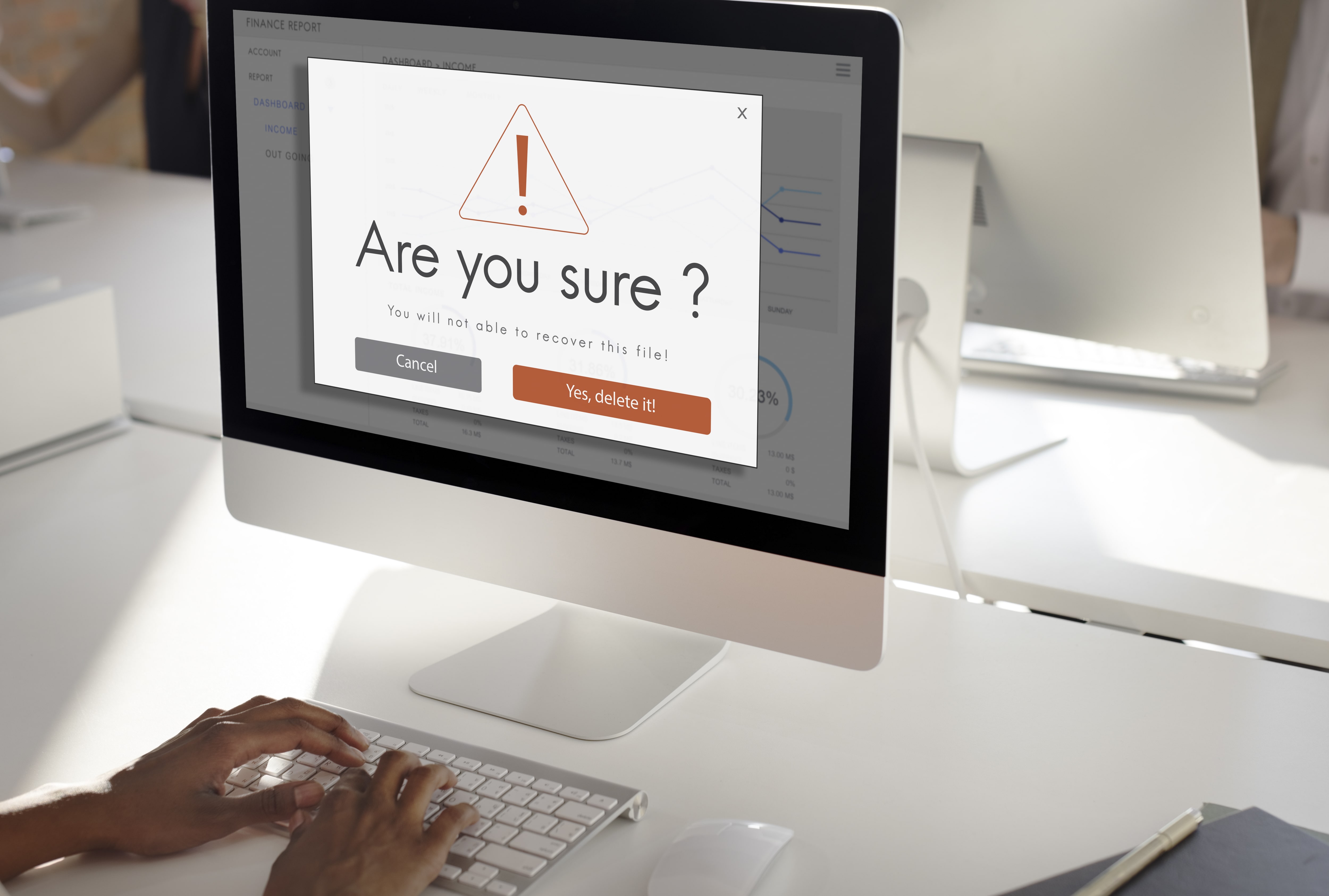 The information we give AI programs is the only way they can learn. However, if the program is given faulty or untrustworthy data, your results could be off or biased. As a result, the intelligence or effectiveness of AI is only as good as the data you provide it.

The consistency of data is one of the key obstacles to the implementation of AI. Businesses trying to benefit at scale from AI face difficulties since it is frequently fragmented, inconsistent, and of poor quality. To avoid this, we should have a well-defined plan in place from the beginning for gathering the data that AI will need.

For instance, Amazon started utilizing AI software to evaluate fresh job candidates in 2014. It was trained using resumes that were submitted in the last ten years, the bulk of which were supplied by men. The algorithm began excluding female candidates because it believed, incorrectly, that being male was the favored attribute for new employment.

Algorithms are a collection of guidelines that a computer follows to execute a certain task. These guidelines may or may not have been authored by a human programmer. However, we cannot rely on algorithms if they are flawed or prejudiced since then you would only see unfavorable outcomes. Biases primarily result from the partial design of the algorithm by programmers, who favored some desirable or self-serving criterion. Large platforms with algorithms such as search engines and social media sites frequently have algorithmic bias.

For instance, in 2017, a Facebook algorithm established an algorithm to delete hate speech. However, it was later discovered that the algorithm left hate speech against white men in place while allowing it against black youngsters. The algorithm permitted these hate statements because it was built to exclude just general categories like "whites," "blacks," "Muslims," "terrorists," and "Nazis," rather than particular subgroups of categories.

Another important factor in choosing AI technologies is the price. It will be incredibly expensive to mine, store, and analyze data in terms of hardware and energy utilization. Businesses that lack in-house expertise or are unaccustomed to AI frequently have to outsource, which presents problems with cost and upkeep. Smart technologies can be expensive due to their complexity, and you may also incur additional fees for continuous maintenance and repairs. Additional costs may also include the computational costs associated with building data models, etc.

Companies have moved past the trial stage when it comes to putting Artificial Intelligence (AI) technology into practice over the past several years. Larger businesses, in particular, are optimizing the Return On Investment (ROI) of AI and experiencing good results and observable effects on their bottom lines.

According to a 2019 McKinsey survey, 63% of larger enterprises have increased revenues and 44% have reduced costs across business units that adopted AI. At the same time, a large proportion of businesses continue to experience failure with their AI and machine learning (ML) initiatives.  A recent IDC survey found that 28% of AI/ML initiatives failed, as reported by 2,000 enterprise IT leaders and decision-makers. We think that one area where leaders still require assistance is in figuring out the true costs and gains of using AI/ML on a large scale. Contrary to popular belief, cost-benefit assessments for AI/ML initiatives are far more complex and complicated.

The costs of adopting AI are actually very relative, this relates to the benefits derived from using AI and the costs incurred. For example, in making chatbot services with AI, companies that frequently conduct transactions with customers, for example e-commerce, this can help in efficiency to reduce the number of manpower who assist in customer service with uniform questions about sales and availability of goods so that chatbots are sufficient to answer needs, while for a small company with minimal interaction with customers or complex customer service like digital farming on the one hand AI chatbots may not necessarily be able to answer customer problems plus the costs required will also be large.

4. No Ethics and Emotionless

We have been taught that neither computers nor other machines have feelings. There is no denying that robots are superior to humans when functioning effectively, but it is also true that human connections, which form the basis of teams, cannot be replaced by computers. The two most crucial aspects of human nature are ethics and morality, but it is difficult to combine both of these into artificial intelligence. AI is expanding unpredictably and quickly in every industry; if this trend keeps up in the following decades, humanity may eventually become extinct.

Artificial Intelligence is a technology completely based on pre-loaded data and experience, so it cannot be improved as human. It can carry out the same task repeatedly, but we must alter the command if we want any adjustments or improvements. Although it cannot be accessed and used like human intelligence, it can store an infinite amount of data that humans cannot.

There is still work to be done in determining the boundaries of AI use. Given current constraints, safety in AI is crucial, and immediate action is required. The majority of AI detractors also raise ethical concerns about its implementation, not just in terms of how it eliminates the notion of privacy, but also from a philosophical standpoint.

We believe that intelligence is innately human and distinctive. That exclusivity can seem contradictory to give away. One of the frequently asked questions is whether robots should be granted human rights if they are able to perform all tasks that people can, effectively making them equal to humans. If so, how do you define the rights of these robots? Here, there are no conclusive solutions.

AI isn't particularly suited to adapt to changes in circumstances because it isn't human. For example, simply applying tape on the wrong side of the road can cause an autonomous vehicle to swerve into the wrong lane and crash. A person could not even notice the tape or respond to it. While the driverless vehicle may be considerably safer under typical circumstances, it is these extreme occurrences that should worry us.

This inability to adapt draws attention to a serious security weakness that has not yet been adequately fixed. Even though 'tricking' these data models occasionally can be amusing and harmless (like), in severe situations (like defense purposes), it could endanger lives.

Like some people, AI systems frequently have an excessive amount of confidence in their abilities. Like an arrogant person, many AI systems also fail to recognize their errors. An AI system may find it more challenging to recognize its errors at times than to deliver the right answer. Where current AI algorithms may be used is severely constrained by the vast amounts of data they need to learn even the most basic jobs. Many experts think that breaking limitations of AI will require advancements in technology and algorithms. Some even contend that quantum computers are necessary.

The best thing we can do for AI as it develops is to acknowledge its limitations. Even while we are a long way from having intelligence on par with humans, businesses are using creative strategies to get around these limitations. In the past, AI has functioned as a "black box," where the user gives the algorithm the queries and the system outputs the answers. It originated from the requirement to program intricate jobs since no programmer could possibly write every possible logical decision. So, we give the AI free rein to discover. But that's about to change. Achieving this degree of intelligence took decades, even with the fastest supercomputers, and was not made possible until the advent of the current AI algorithms, which were made possible thanks to big data. We are gradually identifying the upcoming programs and elements for a more intelligent AI.

AI programs must be updated frequently in order to react to the shifting business environment, and in the event of a breakdown, there is a risk of losing critical code or data. This usually requires extensive effort and money to restore. With AI, this risk is comparable to that of normal software development. These dangers can be reduced if the system is well-designed and individuals purchasing AI are aware of their needs and available solutions. Certain aspects of AI development have made it very difficult to break into this industry. Given the expense, technical, and hardware requirements, developing AI requires significant capital, which raises entry barriers. The minds behind its invention are probably primarily employed by big tech if this issue continues.